Covered Agriculture for Coping with Climate and Water Availability Uncertainty: A Broad-Brush Assessment

Production of high value vegetable and fruit crops in greenhouses and hoop houses is expanding rapidly in many parts of the world, particularly where extensive acreage of high quality land is not available and water is scarce.  World acreage of covered vegetable production now exceeds a million acres, with over 300,000 acres in Europe. Over 900 acres of hydroponic (without soil) tomatoes are grown in the U.S. Development of covered agriculture is on a strong upward trend. More than one-half of Europe’s fresh fruit and vegetables are grown under plastic or glass.

Some of these covered production systems are nothing more than industrial farming on an intense, horizontal scale. In fact, there is a program in London aimed at repurposing World War II tunnels for food production. So the concept is not only above ground but also below the surface. Some covered systems may be sustainable. Most are located on the fringe of urban areas, near strong food demand centers.

Only a few comparative economic analyses have been done of covered production. One study comparing U.S. production with European greenhouse production is available at https://edis.ifas.ufl.edu/cv284

A tremendous variety of covered systems are found throughout the world. Existing and proposed systems run the gamut,

A sampling of systems and associated pictures follows.

The largest and most concentrated covered agriculture is in Almeria Spain. This development, which started about 35 years ago, now covers about 80,000 acres of what was once a dry and essentially barren coastal plain. As can be seen from figure 1, the development covers virtually the entire land base in this area. 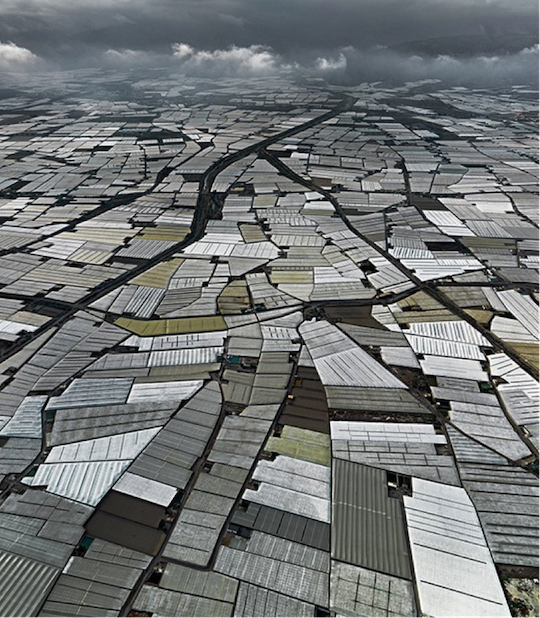 Production in Almeria is by a mix of small holders and large companies. House construction is primarily from low cost plastic. Soil mixes are constructed largely from imported ingredients. Initially irrigation water was obtained from an abundant aquifer in the area, but they are now trying to develop innovative methods of water conservation and the use of desalination.

Negative aspects of the Almeria system include what some say are brutally hot working conditions, imported workers, and disposing of a large volume of plastic litter.

A potentially positive effect is that sunlight reflected by the densely covered area may cool the province.

North American greenhouse production is generally concentrated in areas with climate and/or water issues, as can be observed from figure 2 showing greenhouse tomato production. 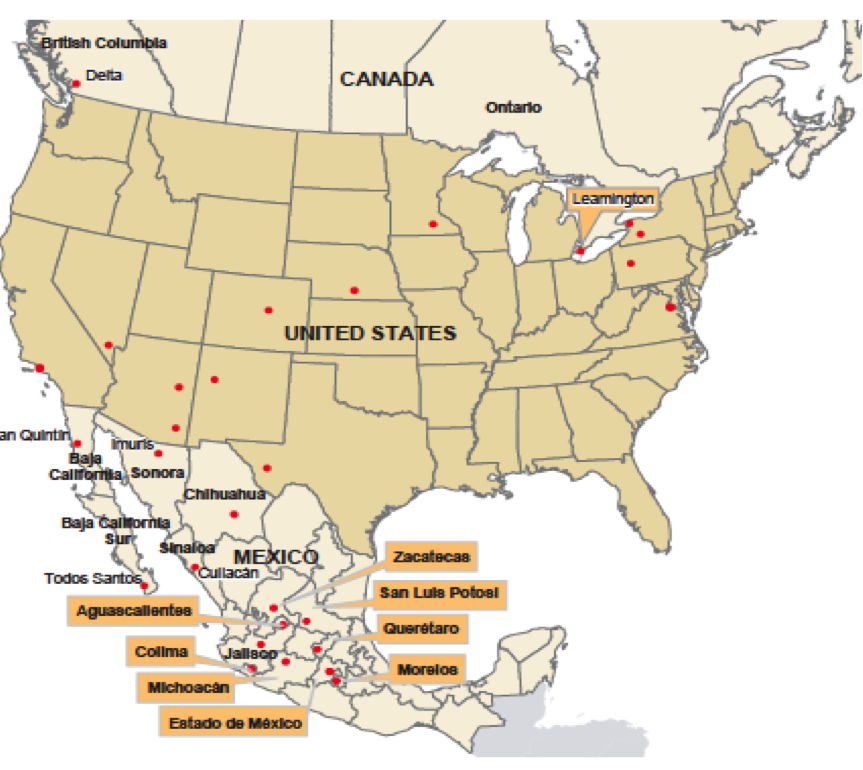 Some perennial fruit production in California is above ground, in pots, as shown in figure 3. Pots are elevated above the ground to prevent soil borne pests and diseases from intruding into the root zone. A drip irrigation system is used to supply water and nutrients. 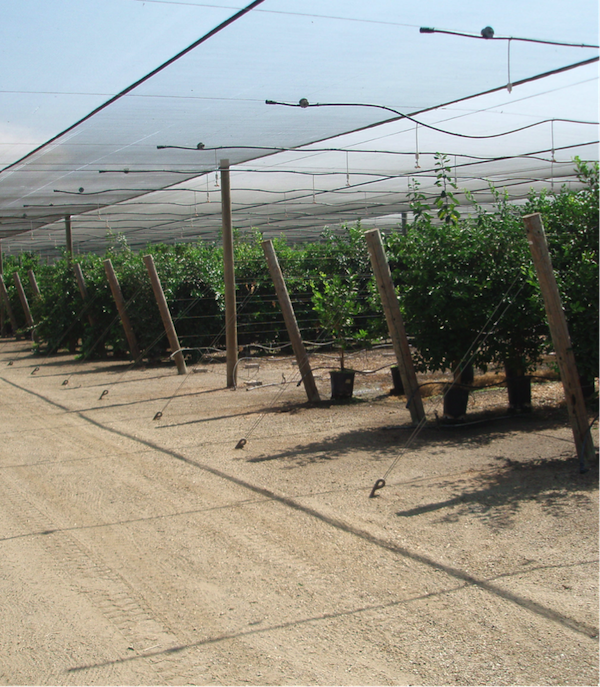 South Australia has a $100 million development covering 60 acres. The system uses automated, guided vehicles and is computerized with full traceability of the product. Figure 4 shows part of this development. 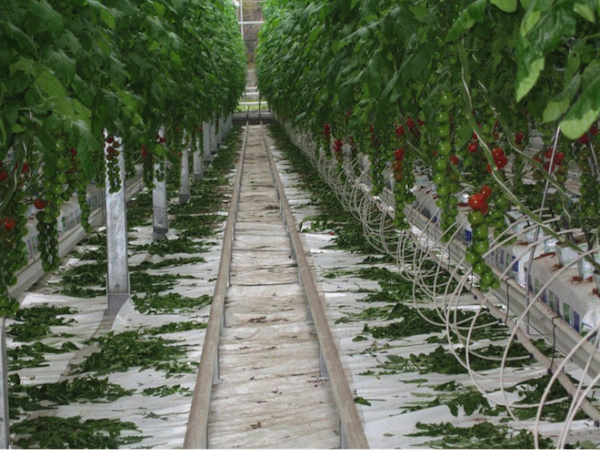 Trolley machines are used for harvesting tomatoes in covered production developments in South Australia, Holland and other areas are shown in figure 5. 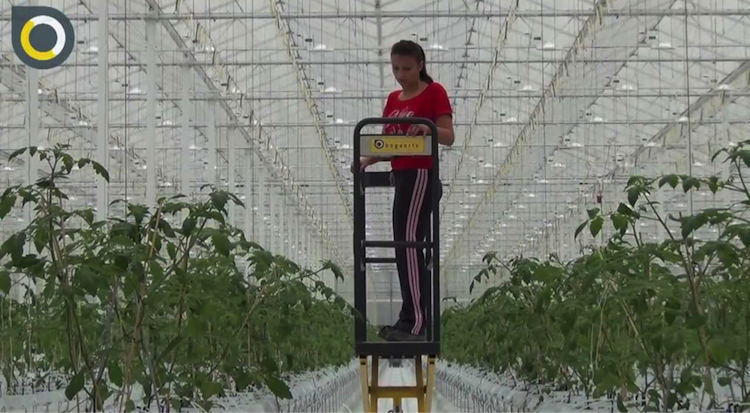 A greenhouse system using waste heat and CO2 from a power plant is under development in Poland. Figure 6 illustrates their planned development. Their goal is to develop 250 acres in the near future. 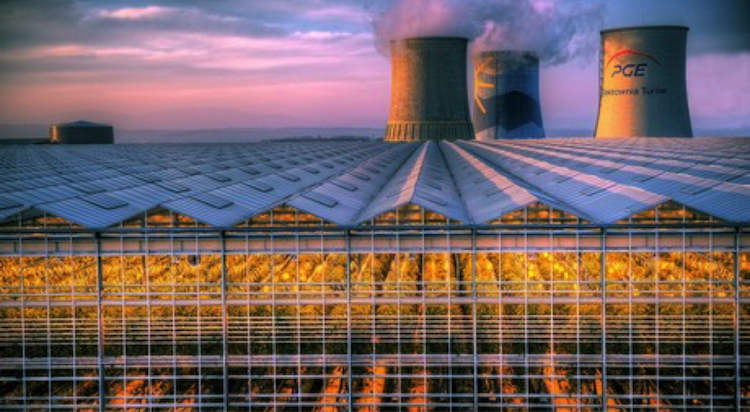 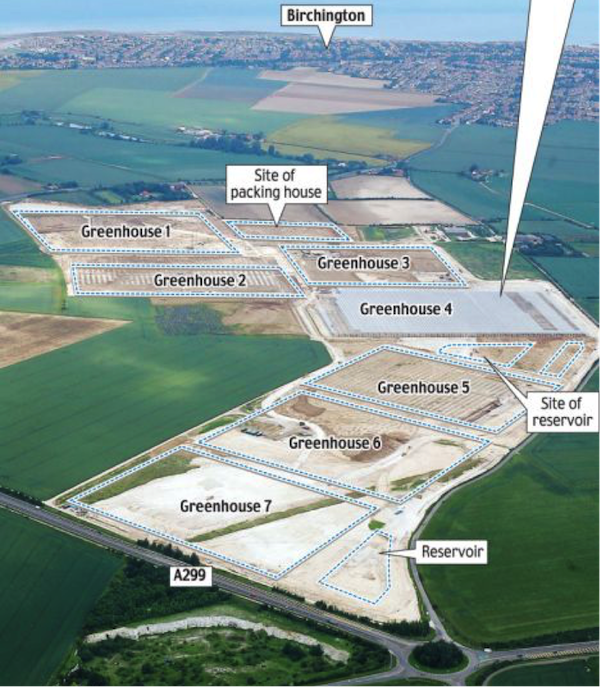 A Chicagoland vertical farm that relies on grow lights powered from the grid is shown in figure 8. Such systems powered by electricity from the grid are not typically sustainable. 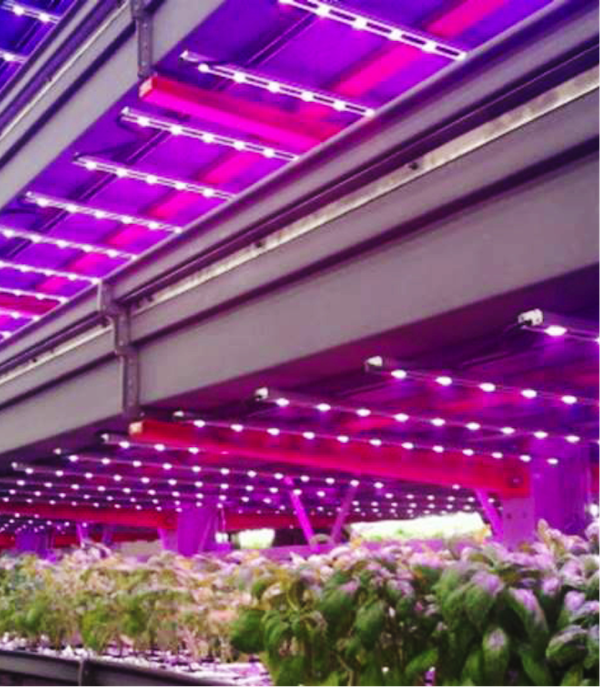 A grow light system powered by solar batteries may be sustainable. However, the relative energy and economic efficiency of photosynthesis under grow lights rather than by direct capture of sunlight by plants is unknown.  Perhaps a constant climate that could be achieved with an underground system powered by above ground solar cells would be economically feasible.

Skyscraper or vertical urban farms have also been proposed. An illustration of such skyscraper farms is illustrated in the book by Dickson Despommier and shown in figure 9. 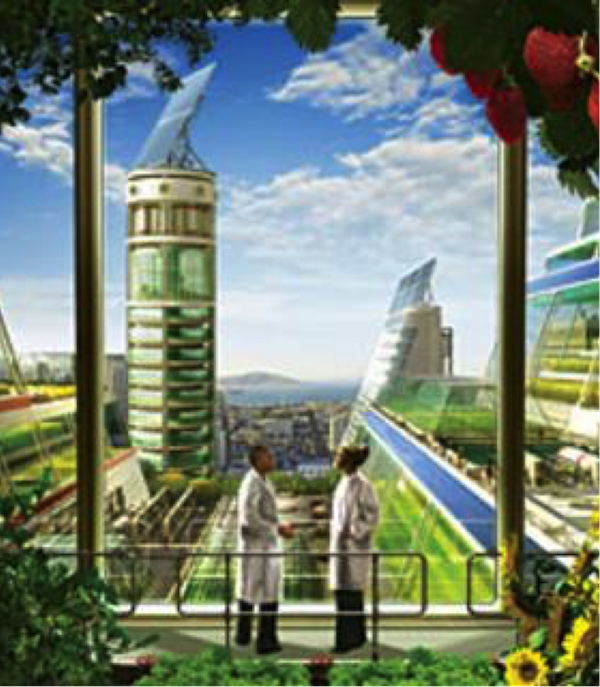 Such a skyscraper system will obviously have high construction costs.The idealized system proposed by Despommier would recycle plant nutrients from soil to the plant to plant and human waste back to the soil. Concerns are with toxic heavy metals and other products comingled with municipal waste. Another concern is vulnerability to pests, air borne diseases and storm damage. Massively concentrated production may enhance the chances of crop failure and also trigger pesticide applications in buildings that also densely house apartments or office people.

AreoFarms is an example in Newark, New Jersey of repurposing a large warehouse for production of vegetables. It is not inexpensive for the investment is estimated at $30 million, for 69,000 square feet. The goal is to produce two million pounds of produce annually, Operating costs were not provided (http://aerofarms.com). http://aerofarms.com/2015/06/down-on-the-vertical-farm-cnbc-special-on-a...

Only a few comprehensive, comparative studies of covered agriculture are available. Perhaps the best is a Spanish study published in 2013 by Gallardo, Thompson and Fernandez.

A summary of the Spanish study with emphasis on water use efficiency is given in Table 1.

A climate controlled glass house was found to be the most water efficient, but would generally have higher construction and management cost than an unheated plastic house. Water use efficiency was increased, in part, because of the greenhouse reduced solar radiation and greatly reduced evaporation resulting from wind speed.

A wide range of systems is operational, under construction, or proposed. Some of them are farfetched, some practical, some offer the potential to cope with climate change, especially greater weather variability, and many have potential for freshwater conservation, recapture and rainwater capture. Potential benefits of vertical farming include:

We hope that this broad brush and incomplete presentation of developing and proposed covered systems for food production will stimulate comparative scientific and economic research. Much is to be learned. 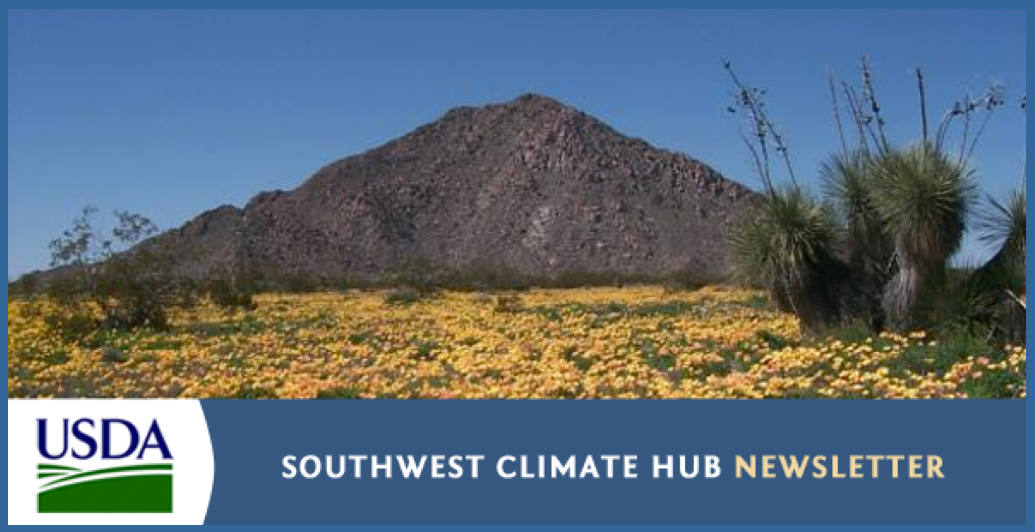 See upcoming events and meetings, read about recent research, news, and what's happening at the  Hub.

Past bulletins are also available.